First collected editions of these “Paraphrases” of the letters of Paul, which were undertaken shortly after Erasmus’s revolutionary edition of the Greek New Testament of 1516. As part of that monumental reconstruction of the New Testament, Erasmus’ intention was to “retell” the books of the New Testament in one, uninterrupted voice, without the clutter of textual commentary or critical interruption. It was a bold undertaking, and, in 1517, Erasmus began with the letters of Paul. They were first issued separately, starting with Romans in 1517; and editions appeared in Louvain (Thierry Martens), Leipzig (Valentin Schumann), and Basel (Johann Froben). The collected issues — such as the three which are bound together in this exquisite volume — began to be issued in Basel by Froben in 1519; and finally, in 1521, Froben issued a collected edition of all of the Pauline letters. All of the lifetime editions, both separate and collected, are rare on the market: the last copy of any of the above collected Pauline paraphrases to appear at auction was in 1977. 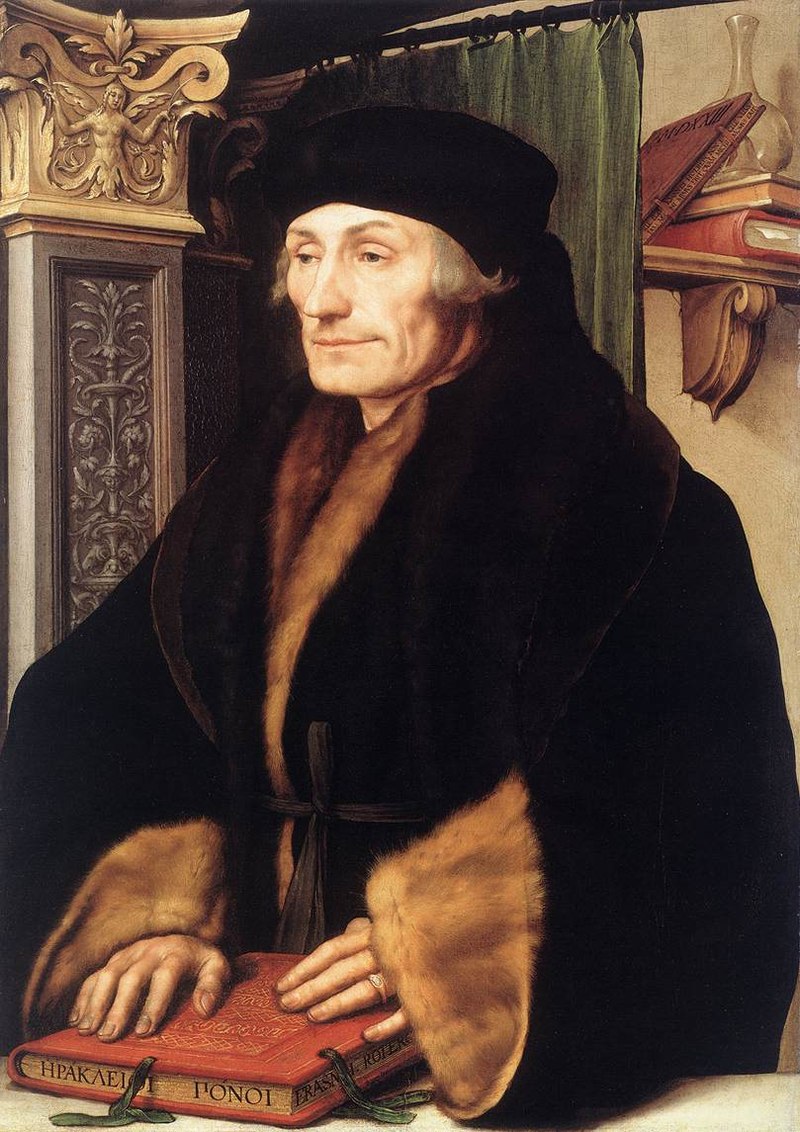