One of a very few copies made. Duplicated typescript (with some occasional original leaves), printed on rectos only, illustrated with 73 tipped in photos. 1013 pp. 6 vols. 4to. Red buckram, spines titled in gilt. Fine Not in OCLC. Item #322254

Substantial autobiographical reminiscences of Eldridge Reeves Fenimore Johnson (1899-1986), businessman, yachtsman, explorer, and pioneer of underwater photography. He was the son of Eldridge R. Johnson, founder of the Victor Talking Machine Company and famed book collector who owned the original manuscript of Alice’s Adventures Under Ground. After stateside military service in the first world war and a time at the University of Pennsylvania, Johnson began working for Victor and re-shaped the company’s research and development before taking on an executive role. He was a member of the Corinthian Yacht Club, the Merion Cricket Club, and the Union League. The reminiscences cover personal and business matters, and are addressed to his grandchildren.
Volume I covers early years (with occasional asides), with much detail on daily life in the Philadelphia area, including the Johnson family home at The Chimneys, in Merion, summers at Ocean Grove and Asbury Park, New Jersey, sojourns in England, European travel, school days and private tutors, and his first hunting and fishing experiences. He meets Janet Darby, his future wife. When the U.S. entered the world war, Johnson started taking civilian military training, at the Hill School and then at the Virginia Military Institute, and upon enlistment, for officer training at Camp Taylor in Kentucky. The volume concludes when he and his cousin George MacEwan leave the University of Pennsylvania to work on an archaeological dig Johnson has underwritten.
In volume II, Johnson records campfire tales of Warren K. Moorehead, who had witessed the massacre at Wounded Knee. Johnson soon tires of archaeology and buys horses, riding around Texas for a time before returning east. He begins to work at the Victor Company. he learns the work of the different departments, despite opposition: “I can be very insistent when necessary and the ill will of a crown price is something that even the most august of the nobility do not lightly incur. I pressed records. The experience markedly improved my sympathy for labor.” Johnson and marries Janet Darby were married on 14 June 1921, and honeymooned in California. In October 1922 he and Georgie went on a big game hunting trip in western Alberta (pp. 233-249A). He spent the next several years running Victor as his father relinquished day to day control. Johnson discusses the crises he faced and and adapting to the changing technology during the boom years, and resigned after the RCA Victor merger. Johnson bought the first yacht he named Elsie Fenimore in 1924. Pages 313-372 describe some of his yachting trips, as well as a cruise to Haiti on his father’s yacht Caroline (when the party comes upon a stranded Ernest Hemingway in the Dry Tortugas, they reprovision his boat and invite him aboard for dinner). Johnson also began experimenting with an underwater camera.
Volumes III and IV describe Johnson’s association with Jack Clark and the famed tigrero or jaguar hunter Alexander Siemel, on a hunting and exploring expedition into the Matto Grosso in 1931. The expedition was ill-starred, but films of the Xingu and Borroro peoples were produced for the University of Pennsylvania Museum. “Financially the expedition was a disaster but scientifically the results, while not outstanding, were respectable.” Johnson had formed a venture called Mechanical Improvements Corp. and continued his interest in underwater photography. Volume IV includes an account of hunts in northern Ontario and Guatemala, deep sea diving, and an expedition to the Bahamas to film the blue holes of Andros.
Volume V recounts Johnson’s work during the second world war. Despite ill-health, he was offered a commission in the Naval Reserve and applied his specialized knowledge of underwater photography to military aims, including reconnaisance of damage to ships. The photographs illustrate some of the tasks he was charged with.
Volume VI includes accounts of work with submarines and cruises near Newfoundland and in the Caribbean. He ended his active association with the Navy at the time of the Korean war. There is an account of a duck hunt at the Santee Club in South Carolina. In the early 1950s Johnson was Commodore of the Corinthian Yacht Club. A concluding chapter notes his work on a memorial to his father at the Delaware State Museum (now the Johnson Victrola Museum).

A COLORFUL AND DEEPLY PERSONAL ACCOUNT OF BUSINESS, SPORT, AND ADVENTURE. 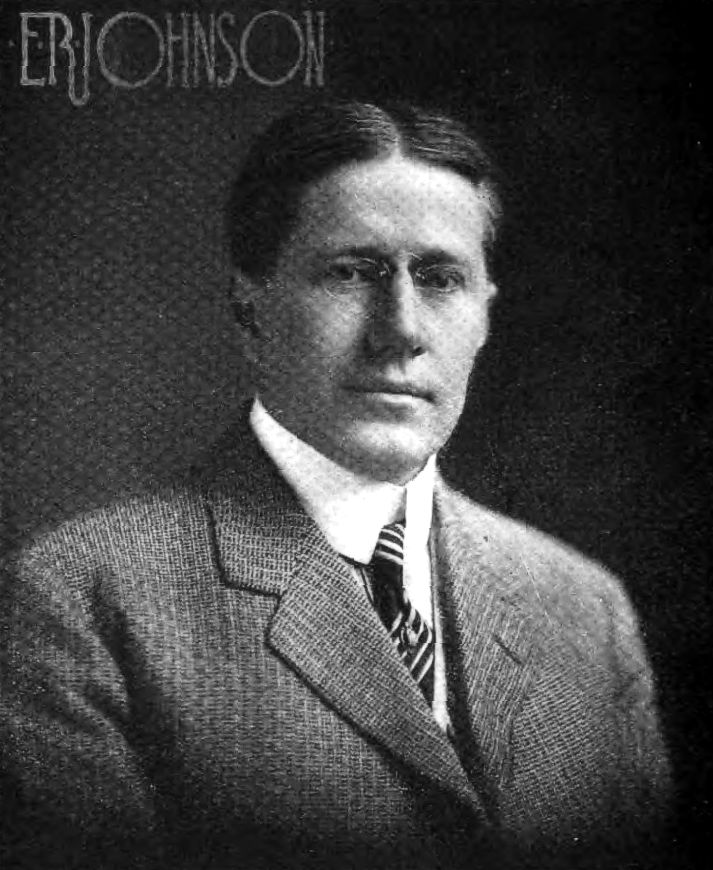