The first dictionary of jive produced by one of the luminaries of the Harlem jazz scene of the 1930s and 40s, Cab Calloway (1907-1994). From the introduction to the "Cat-ologue": "the first glossary ever compiled of the colorful and unique words, phrases and expressions employed by Harlem musicians and performers in their own exclusive language or patois ... It is presented herewith, containing about two hundred words and expressions employed by the 'hep cats' when they talk their 'jive', as Harlemese is called on Lenox Avenue."

RARE IN ANY EDITION: We locate only a single institutional copy of the first edition of the "Cat-ologue" (ca. 1937), and likewise one institutional example of the present revised edition, which according to the introduction features "nearly twice the number of words included in the original glossary."

Calloway "more than anyone invented the hepster language of 'jive' which became so popular at this time ... he was a showman extraordinary (his persona part clown, part streetwise hepster, pushing past minstrelesque resonances on both sides) and as a singer, his exceptional range––from baritone up to falsetto––and capacity for mimicry enabled him both to lampoon and to create a sound-world whose enormous popularity is matched by its ambivalences" (Middleton, Voicing the Popular, p 269 n 142 & p 83). Indeed, Calloway was among the main figures who introduced Harlem jazz culture to a wider (and whiter) American audience through the emerging media of film, radio, and magazines. Then as now, knowledge of insider language and familiarity with underground social scenes defined hip culture, and these booklets provide a fascinating record of the origins of cool.

The "Cat-ologue" features a number of words and phrases that have become a permanent part of the American idiom, among them: Beat ("tired, exhausted"); Bring Down ("Ex.- 'That brings me down"); Corny ("old fashioned, stale"); Dig ("comprehend, understand"); Freeby ("no charge"); Have a Ball ("enjoy yourself"); High ("intoxicated"); Hip ("wise, sophisticated"); Kopasetic ("absolutely okay"); Mellow ("all right, fine"); Ofay ("white person"); Reefer ("marijuana cigaret"); Riff ("hot lick, musical phrase"); Solid ("great, swell, okay"); Square ("an unhip person"); Stache ("to hide away"); Take It Slow ("be careful"); Weed ("marijuana"); and Yeah Man ("exclamation of assent.") It also includes the term Jitter Bug –– "a swing fan"–– which the OED sites as the first recorded use.

Among the many terms that have faded from use (though are perhaps due for revival?) are: "Viper (N)––one who smokes reefers"; "Drape or Dry Goods (N)––suit of clothes, dress, costume"; "Jelly (N)––anything free, on the house"; "Peppermint Candy (N)––sweets following a reefer session"'; "Pounders (N)––policemen"; etc.

The Hepster's Dictionary "showed the musician to be a happy-go-lucky artist who gave his entire life to his music. This new hero in public life appealed to millions of Americans who wanted to know more about the way he lived and spoke, and what interested him." The booklet therefore seeks to introduce the reader to the culture in practice, and to provide an aid in using the lingo. It opens with a series of quizzes––"Are You Hep to Instruments? ... to the Tags of the Gates? ... to Etiquette? .. to the Killer-Dillers? ... to the Events in the World of Jive? ... to the All-American Cats?"––which are followed by sections on "Swing Magazines in America; Swing Magazines throughout the World; Answers to the Questions; and Cab Calloway's All-American Cats" 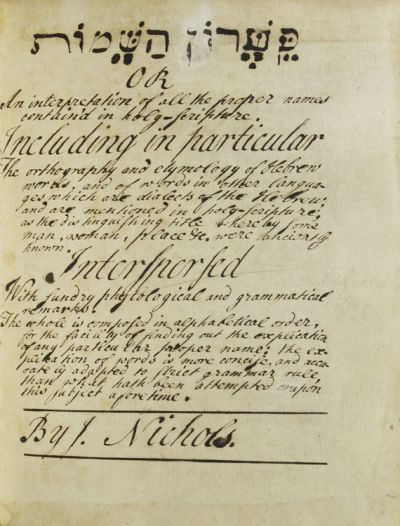