The sole Aldine edition of the works of Tacitus. With its revisions and corrections, this edition marks a substantial improvement on preceding editions such as Froben's 1533 edition, which was derived from Beatus Rhenanus' edition of 1515.

The first work, which makes up the bulk of this volume, is Tacitus' Annals, a history of the Roman Empire that runs from the reign of the Emperor Tiberius (son and heir to Augustus) through Emperor Nero. The Annals are widely considered Tacitus' finest work and are one of the earliest Roman historical sources to mention Christ, in this case in the context of Nero's persecution of Christians.

This first Aldine edition also includes several other texts. The first is the "De Moribus et Populis Germaniae", more commonly called the Germania, an ethnographic description of the customs and peoples of the Germanic tribes to the north of the Roman Empire's borders. The third text in this volume is the Dialogus de oratoriubs, a text on the art of rhetoric in the tradition of Ciceronean speeches. The fourth text included, the Agricola, is a biography of Gnaeus Julius Agricola, Tacitus' father-in-law. The Agricola includes a brief and very early ethnography of Britain. The volume concludes with two commentaries on Tacitus, including one by Andrea Alciato, an early Milanese civil lawyer and legal humanist contemporary with the heirs of Aldus Manutius. 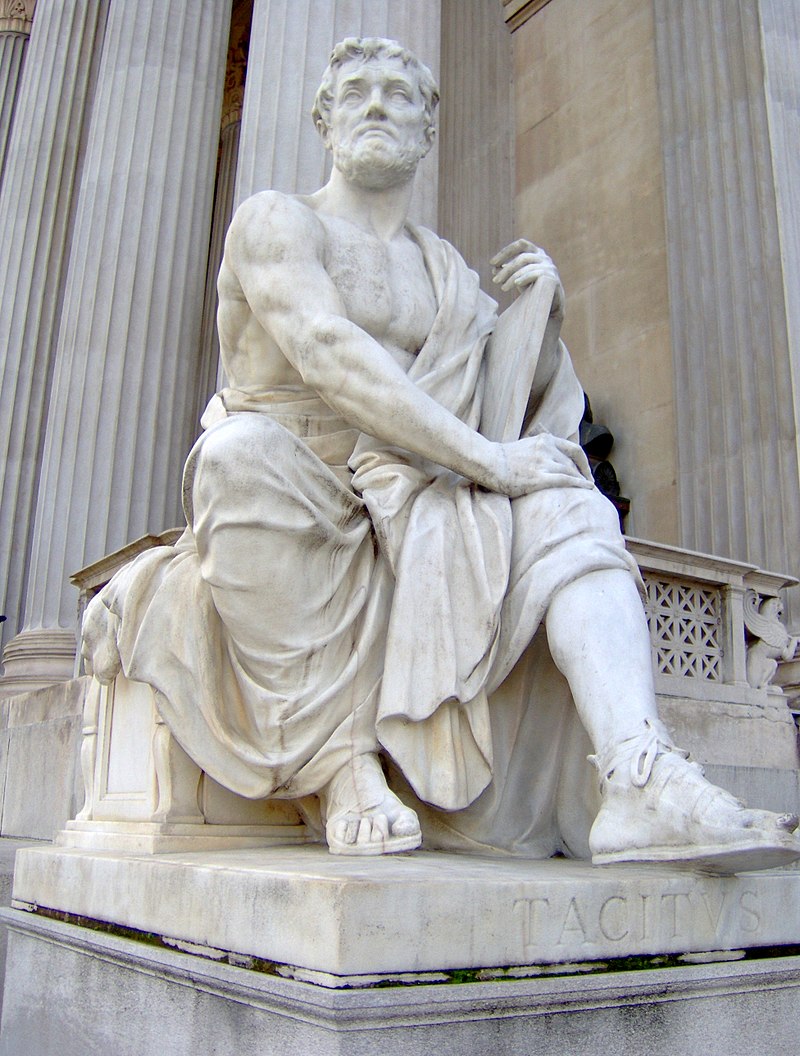