First edition, inscribed by London: "Dear Cloudesley — Who is ethically disinclined to my flimflamming a capitalist society out of a dollar and a half, and who, therefore, as a good socialist must make explanation to another good socialist, namely, Jack London Glen Ellen, July 17/05."

An excellent association copy of Jack London's boxing novel. According to London, Cloudesley Johns was the first person who ever wrote him about his work, offering praise of the stories "To the Man on Trail" and "The White Silence" in the January and February 1899 issues of the Overland. The resulting friendship lasted until London's death (see The Book of Jack London, 1899, p. 277ff). "If Jack had no mentor but himself, Cloudesley had Jack London — a pugnacious mentor who seldom pulled his punches. Jack's advice was born of his own experience and to Johns, as to many other aspiring writers, he gave of it freely. They met on several occasions. During London's writing of The Sea Wolf in 1903, Johns came up to Piedmont and the two men sailed up to the mouth of the Sacramento River on Jack's sloop Spray. There they played chess, swam, shot ducks and mudhens, fished, talked and wrote. 'The more I see of Cloudesley, the more I like him,' Jack wrote. 'He is honest and loyal, young and fresh, understands the discipline of a boat, and is a good cook, to say nothing of being a good-natured and genial companion'" (Walker and Reesman, p. 15). 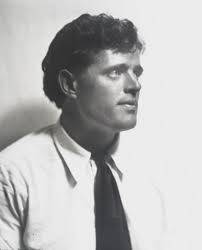