Presentation copy of the first English edition of The First Men in the Moon, inscribed by Wells to his literary mentor, the poet and editor W.E. Henley: "To W.E. Henley, with affection, from H.G. Wells."
W.E. Henley (1849-1903), a writer and influential editor of The National Observer and other papers "had a gift for finding and encouraging new talent" (ODNB). He published works by Kipling, Hardy, Yeats, and Barrie among others, and early in his career he collaborated with his friend Robert Louis Stevenson on four plays.
Henley encouraged Wells to develop a series of time traveling stories into what became The Time Machine, Wells's first success and what remains his most important scientific romance. Henley serialized the work and even secured a generous publication agreement with Heinemann. "In making friends with Henley he had made the contact that was to launch his career" (MacKenzie, H.G. Wells, p. 105).
The First Men in the Moon was the first Wells novel to be filmed; it was produced by Gaumont Films and released in 1919. A scarce title inscribed. 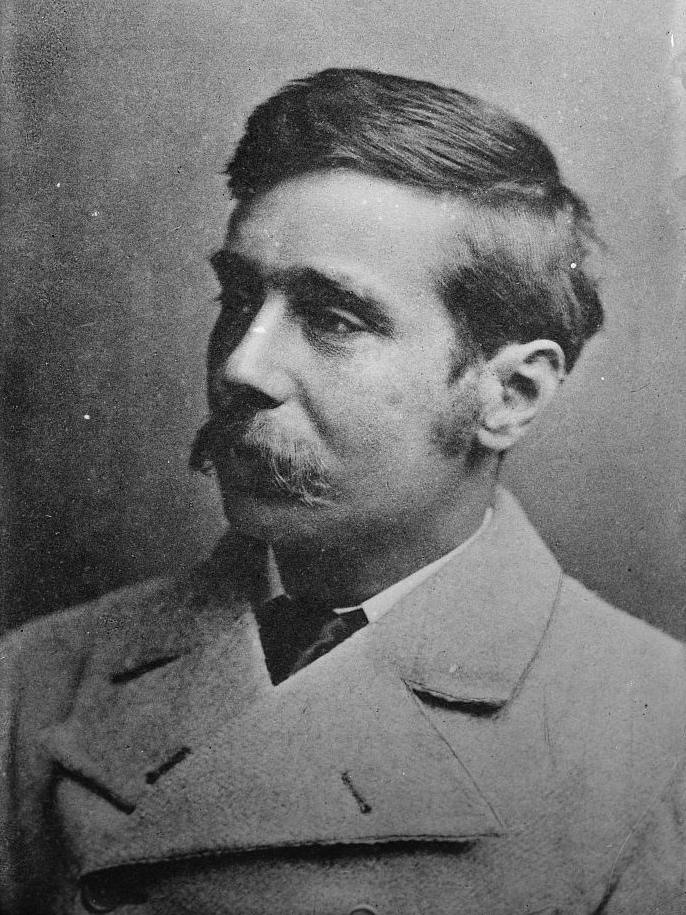