Inscribed, pre-publication, on the half title, “to Catharine & Ralph Inge, G. Bernard Shaw. Ayot Saint Lawrence. 3rd September 1944,” with a postscript, “Dear Catharine, You will see by the index that I could not keep Ralph out of it. G.B.S.” Wiliam Ralph Inge (1860-1954) was an Anglican priest, author, and Dean of St. Paul’s Cathedral. His name appears three times in the index to Everybody's Political What’s What? and is quoted in reference to his views on education and music. Inge has tipped in a note on the title-page, which reads “This volume I lent to the Exhibition of G.B.S.’s 90th Birthday … July 26, 1946.”
With additional inscriptions and notes, including a tipped-in card, printed “With Bernard [crossed out and replaced with “old”] Shaw's compliments …” followed by an autograph note, “This Unintelligent Man's Guide would be reviewed by W.R.I. and Bertrand Russell if editors had any flair for the right man. It will not be published until the 15th. 3rd Sept. 1944”; two reproductions of photographic portraits by Karsh, annotated on the versos, “H.G. Wells writes ‘your wicked old face is a triumph of photographic artistry.’ So I send you a more saintly version,” and “This is Saint Bernard of Argot Saint Lawrence,” both cards tipped-in; one additional tipped-in compliments card with an autograph note, “I believe W.R.I. could obtain a personal allowance of paper to supplement his publisher’s and printer's quote. My printers get one for me. They have printed 85,000 copies already ordered by the too sanguine booksellers. 10/9/1944”. 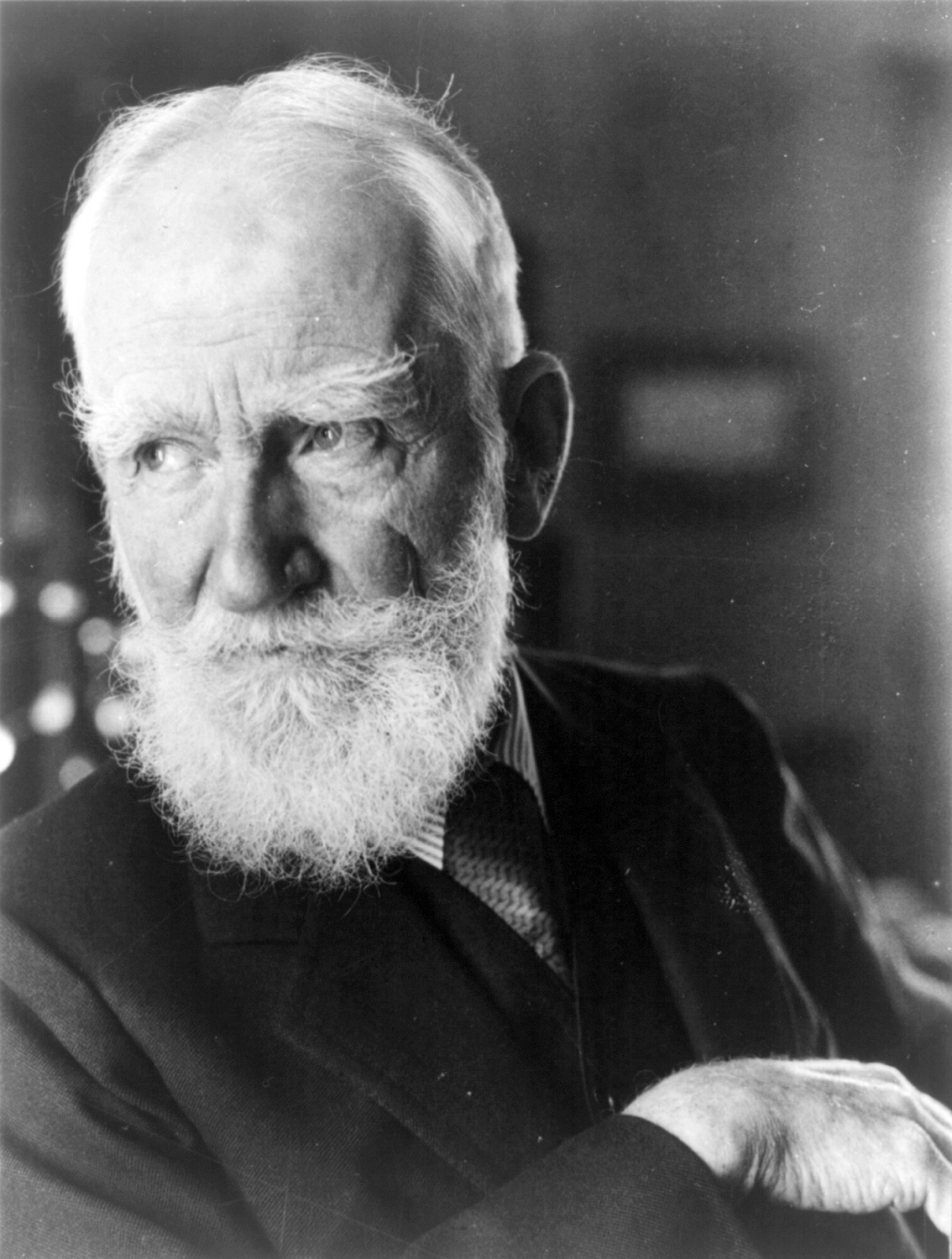