A notable copy of Thoreau’s first book, largely overlooked when initially published, and now a recognized classic. Emerson famously declined to review his friend’s book; but the present copy makes it clear that some did commit their opinions to print: tipped in at the verso of the announcement for Walden is a 500-word review of the ‘Week’, signed in type “F.”, and with initials “O.B.F.” in ink below, in the hand of Octavius Brooks Frothingham (1822–1895), Harvard class of 1843, Divinity School class of 1846, and in 1849 the minister of the North Church in Salem, Mass. It is likely from a Salem paper, possibly the Observer. Thoreau’s lectures were announced in the paper, and in the early 1850s, Frothingham had pamphlets printed at the Observer print shop and his discourses were reported in the paper. Frothingham’s biographer Caruthers (page 28): “One wonders what he thought of Henry Thoreau, who in Frothingham’s later History of Transcendentalism, received a mere parenthetical reference.” This can now be answered.

The review opens as follows:
In looking over this book we have been agreeably disappointed. […] With all this, however, Mr. Thoreau’s book has rare merits. The author is an enthusiast and a scientific one upon the works and scenes of Nature […]

This copy includes 2 pencil corrections in the margins, likely in Thoreau’s hand, executed in the text in ink in a precise hand (almost certainly that of Frothingham): at p. 120, wash; at p. 139, diency, experience corrected in ink to expediency.

After he moved to Jersey City and New York, Frothingham became a champion of nonsectarian religious thought, and wrote frequent criticism, reviewing, for example, Renan’s Life of Jesus for the Christian Examiner in 1863. He was also the first historian of Transcendentalism, whose work, Transcendentalism in New England (1876), remains the most comprehensive in its historical scope (yet even when it first appeared, it was faulted for neglecting Thoreau).

This review is not recorded in Borst’s Henry David Thoreau, A Reference Guide (1987), nor in Scharnhorst (1992) or Cameron’s two Supplements (1997). It is notable that no reference is made to Thoreau’s theology, which so incensed other contemporaries; and that the reviewer has identified Thoreau as an important writer on nature in the line of Gilbert White.

A contemporary copy with AN UNREPORTED REVIEW OF THOREAU’S FIRST BOOK. 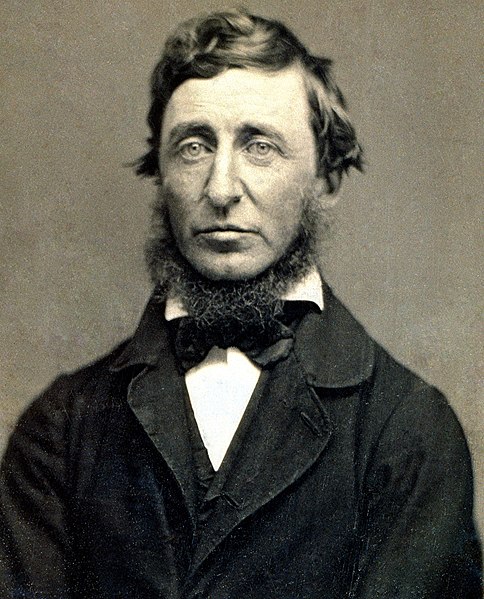