Surtees' first book, and the only one to bear his name; it was written when the novelist-to-be was, somewhat off-handedly, practicing law in London. It deals in a straightforward way with the laws of horse-dealing and soundness, a subject close to Surtees' heart and one which appears often in his novels. The author would have appreciated the fact that this youthful work is probably the most bibliographically disputed book in the literature of sport - the point of controversy being the priority of the Miller or Butterworth imprint. The sheets of both issues are otherwise identical, and conjecture has been rife for a century. Both issues are extremely rare. Prior evidence tended towards Butterworth, a law publisher, but, despite lengthy briefs on both sides, the issue remains in doubt. The present copy, with the Miller title page, bears the printer's imprint on the verso of the title page, beneath a rule, "M. A. Pittman, 18, Warwick Square." as well as the imprint at foot of p. 132, beneath a long rule, "Printed by M. A. Pittman, Warwick-square, London."

Steedman, in The Book Collector (1968), reports examining a presentation copy dated 27 Nov. 1830 (preceding the year printed on the title page), and the copy inscribed by Surtees to his father; both these bear the Miller imprint. "The English Catalogue of Books announced publication of this book: Miller, Nov. 30th 1830. It is unlikely that the Butterworth issue appeared earlier."

ATTRACTIVE COPY OF A RARE AND SIGNIFICANT BOOK. 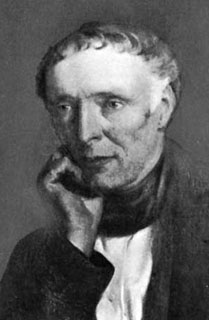