4 pp. typed on rectos only, signed by Chandler on page 4, dated and notarized below with raised seal. 4to. Chandler Sells Part of His Soul. Leaves punched in left margin for ring binder, fine For Chandler, cf. MacShane, The Life of Raymond Chandler (1976). Provenance: 20th Century-Fox. Item #233756

Chandler assigns film rights for his third novel, completed in March 1942, here still bearing his original title, The Brasher Doubloon as well as the alternate title that Chandler gave it at Blanche Knopf’s suggestion. The High Window was published by Knopf in August 1942.
“In May of 1942 The High Window was sold to 20th Century-Fox for $3,500 as a second-run or B picture and was released the following year as Time to Kill” (Macshane, p. 105). At the time of the present assignment, Chandler had established a critical reputation but financial success eluded him. He sold film rights to Farewell, My Lovely (1940) for $2,000, and came to regret this intensely when Murder, My Sweet, the film of Farewell, My Lovely, proved a box office hit but earned Chandler no additional money. Rights to his first novel, The Big Sleep, remained unsold, in large part because of the restrictive climate of censorship of subject matter exercised by the Production Code Administration.
Chandler was hired by Paramount in 1943 to work on the screenplay of Double Indemnity with Billy Wilder in part because Wilder was impressed by The High Window. Wilder and Chandler’s collaboration was a landmark in film noir and marked a change in the climate of censorship in Hollywood, and thus cleared the way for the filming of The Big Sleep in 1944 and its release in 1946.
The High Window was filmed again in 1946 and released in 1947 as The Brasher Doubloon, starring George Montgomery as Philip Marlowe.
A fine document from an early point in Chandler’s decidedly ambivalent relationship to Hollywood. 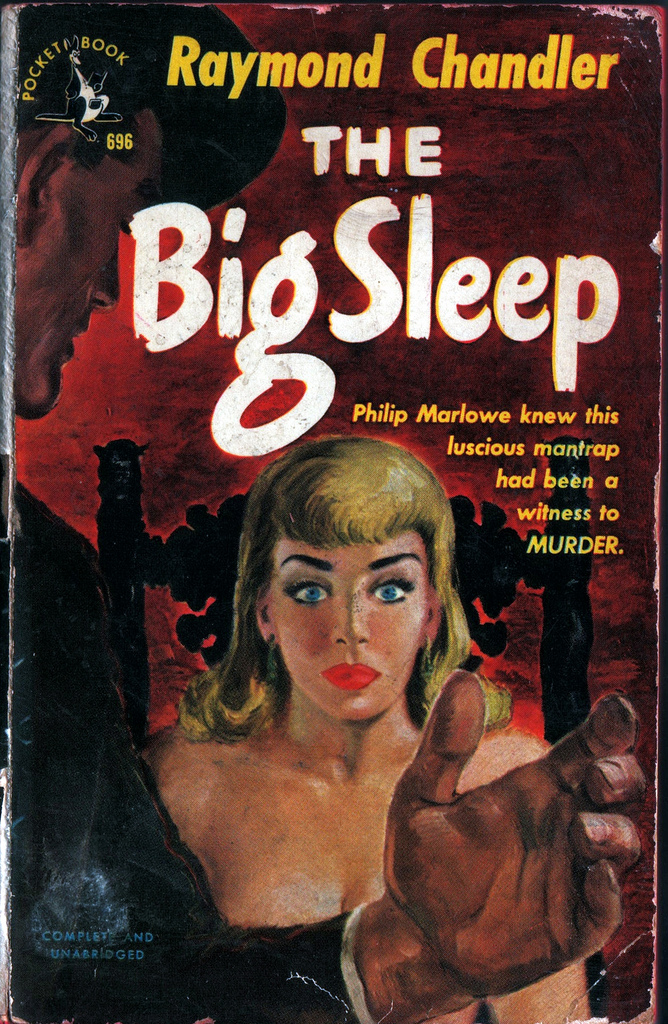